There are few, if any, who four years ago really believed that the Country To Country Festival at London’s O2 would become the resounding success that it has. Each year the organisers have been fine-tuning the event, along the way increasing both the quality and the number of acts featured. Last year, I criticised, justifiably it would seem, the main stage line-up for being too Bro-country heavy. I say justifiably as I’m aware of dozens—maybe even hundreds—of complaints both before and after the festival, specifically about the artist line-up and the sound levels. True, there were many younger, and newer country music fans, who probably came to the music via a love of arena-styled rock and pop music, who obviously lapped up the music, but I have my doubts that they were in the majority.

This year’s Festival is spread over three days—four if you count the CMA Songwriters Series at the Indigo on Thursday March 10—and the main stage acts are much more eclectic, mixing the various styles, that in 2016 constitute mainstream country. Making her UK debut will be Texan Miranda Lambert, who specialises in taking a strong, independent woman stance in both her music and life. In many ways Miranda mirrors Loretta Lynn, without in any way sounding or looking like the legendary singer of the 1960s. Taking a similar stance, but with a more subtle approach, is fellow Texan Kacey Musgraves. In contrast, Carrie Underwood is the big-voiced pop-country performer, often diluting emotional subtlety with over-the-top bombast. 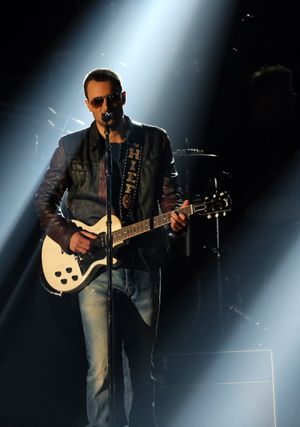 It might seem odd now to describe Dwight Yoakam as old-school country, but that’s exactly where the Kentucky-born hillbilly singer comfortably sits, some 30 years after making his breakthrough with cutting-edge country. Eric Church, a familiar name to many in the UK, following several previous visits, is very much a contemporary outlaw. A massive fan of Waylon Jennings, he boldly strides down the country byways least travelled, with little regard for convention and Nashville politics. Much the same could be said of Chris Stapleton, who, though initially making his mark in Nashville in bluegrass and as a successful songwriter, emerged last year as one of the most successful left-of centre country acts to achieve across-the-board commercial success in years.

Relative newcomer Thomas Rhett, the son of 1990s country star Rhett Atkins, is the sole Bro-country act on the bill. Raised on country music, he is a talented songwriter, his songs often having more substance than that of his fellow Bro-country acts. Teenagers Maddie & Tae took America by storm with their mickey-take of the standard Bro-country lyrics, delivering one of the very best debut albums of last year. Completing the main stage line-up sees the return of harmony group Little Big Town along with newcomers Sam Hunt and Andrew Coombs.

There will be many more shows to tempt die-hard country fans during the daytime prior to the main stage shows with the line-up of talent being not only diverse, but quite mouth-watering. Unlike previous years, for some of these shows you will need tickets to get in to avoid the overcrowding and long waiting lines that ensued last year.

The Shires return this year as C2C Ambassadors and will introduce acts appearing on the Yamaha Music Stage (known last year as the Satellite Stage), host up and coming UK artists on the Pop-Up stages and make several appearances across the weekend. Considering the success of their debut album, I repeat what I said last year, acts like the Shires and Ward Thomas should have been given a spot on the main stage. Both acts have sold more copies of their debut albums in the UK than several of the major American acts on the main stage. 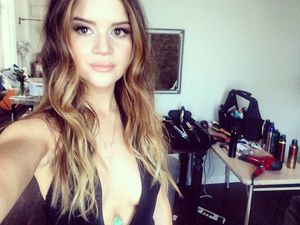 New venues at this year’s C2C include The Bluebird Cafe @ Country to Country, which will feature such Nashville-based songwriters as Lori McKenna, Shane McAnally, Barry Dean, Jessi Alexander, Gary Burr and Georgia Middleman, plus Charles Esten, Striking Matches, Maren Morris and Old Dominion. There will be two shows each on Saturday and Sunday at 11.30am and 1.45pm with a different line-up of performers at each of the four shows. Each show will be ticketed and ticket prices are £25—each ticket includes an exclusive Bluebird Cafe poster. Tickets can be purchased from: www.axs.com/c2c 08448 24 48 24.

BBC Radio 2 will be very active throughout the weekend with the BBC Radio 2 Country pop-up digital radio service to coincide with C2C for the second year. This will run from Thursday March 10 to Sunday March 13 (12 noon until midnight), which will feature special programmes and live broadcasts from the O2. In addition there will be a special BBC Radio 2 Country Stage at Indigo at The O2 on Saturday March 12 and Sunday March 13 from Midday to 4pm. Presented by BBC hosts, the two-day programme will feature CMA talks, artist signings and live music including performances by David Nail, Lauren Alaina, Brooke Eden and Old Dominion.

Once again there will be C2C Official After Show Parties at the Brooklyn Bowl that will feature three of the hottest up-and-coming new American acts—Frankie Ballard (Friday), Old Dominion (Saturday) and A Thousand Horses (Sunday). Each After Show will also feature the latest country sounds available via country music DJ and radio & TV presenter Baylen Leonard. Ticket are £10 plus booking fee and are available from: www.axs.com/c2c 08448 24 48 24.

Amongst the daytime venues will be the usual Pop-up stages alongside the Brooklyn Bowl which will host some of the UK’s rising stars and The Saloon which will feature a line-up of traditional country performers. I’m not going to go through all the long list of performers and the venues, but instead pick out the highlight acts that I would recommend. 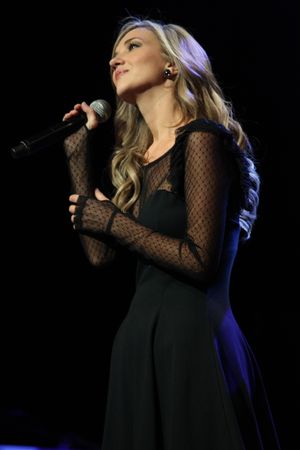 I’m particularly looking forward to catching up with Maren Morris from Texas. Back in 2006 I brought the then 16-year-old singer-songwriter to the UK for her first low-key tour that saw her play several festivals and small listening venues. Since then she has blossomed, and now signed to Sony Music is on the verge of becoming one of the big breakthrough artists of 2016. Another young female singer that I rate highly is Sarah Darling, who I first met in Nashville a few years ago and was knocked out by her voice and bubbly personality. Jessi Alexander is another singer-songwriter that I’ve known for several years. She made a huge impact when she appeared on the pop-up stages last year with husband Jon Randall and returns this year alongside songwriter Barry Dean.

Though Lori McKenna has enjoyed some success penning mainstream country hits, she’s very much a left-of-centre writer and singer, and I’m looking forward to seeing her performing her own songs. I’ve been a huge fan of Gary Burr since the early 1980s. He has long been one of my favourite Music Row songwriters and consider his The Time Machine one of the greatest country songs ever written. In recent years he’s been working closely with Georgia Middleman, a highly talented writer and singer. They are both members of Blue Sky Riders, a country music trio also featuring Kenny Loggins. 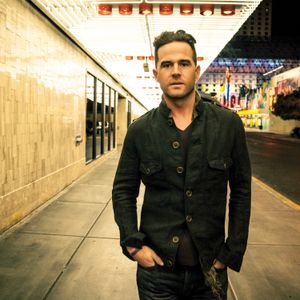 Like Georgia Middleman, Shane McAnally was once a promising recording artist signed to Curb Records, but for the past 15 years he has been a highly successful songwriter penning dozens of hits and album tracks. Other acts from across the Atlantic I’m eagerly looking forward to seeing include David Nail, a singer with a highly distinctive voice plus he writes and sings songs with real lyrical depth. Ashley Monroe is another singer-songwriter that I’ve known about for many years. I believe it was Kevin Montgomery who first gave me the tip about her, more than a dozen years ago. She’s since come to the forefront working as one third of the Pistol Annies and more recently with her Vince Gill-produced THE BLADE album.

A couple of newcomers well worth looking out for are Erin Kinsey and Alice Wallace. I caught Erin at the Bluebird Café in Nashville a couple of years ago and couldn’t believe how good a pre-teen could be. Now 15 years old, the Dallas based singer-songwriter is definitely a name to watch. Californian Alice Wallace is a mature, yet young rootsy singer, one of the few of today’s performers who yodels and is also poised to make a big impression. 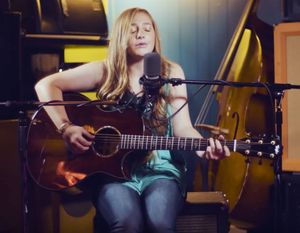 Amongst the UK acts, I never tire of seeing Alan West & Steve Black. Devon-born Alan West possesses one of the richest, most distinctive voices I’ve ever heard and is tailor-made for the story songs of Steve Black enhanced further by their easy and natural stage repartee. I first came across Lincolnshire’s Callaghan some years ago when she played a gig for me in Maidstone. She’s since gone on to tour America and make quite a name for herself. Though I’d heard Red Sky July, it was at the Little Rabbit Barn in Essex that I first got to see them perform a couple of years ago and was suitably impressed. Earlier this year they appeared at Midwinterfest and again knocked me out with their songs and exquisite harmonies. 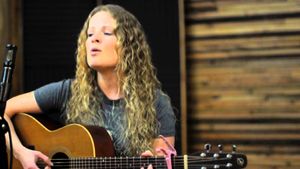 My own particular favourite part of C2C is undoubtedly the CMA Songwriters Series which takes place this year on Thursday March 10 at Indigo at the O2. The line-up this year is once again very impressive, Hosted by Shana McAnally it features Charles Esten, Lori McKenna, Ashley Monroe and Charlie Worsham and should not be missed.

Esten is one of the stars of the popular ABC Television Network series Nashville playing the role of Deacon Claybourne; McAnally and McKenna, two of Country Music’s hottest songwriters— with McAnnally co-writing most of Kacey Musgraves’ songs and McKenna currently best known for co-writing the CMA Award winning Girl Crush for Little Big Town; Monroe, who is a critically-acclaimed singer-songwriter and one third of the Pistol Annies with Miranda Lambert and Angaleena Presley; and Worsham, who paid his dues as a session musician and singing on demos, but is now a rapidly rising star who’s been touring with Lambert and Taylor Swift.

For more details about Country to Country visit www.c2c-countrytocountry.com