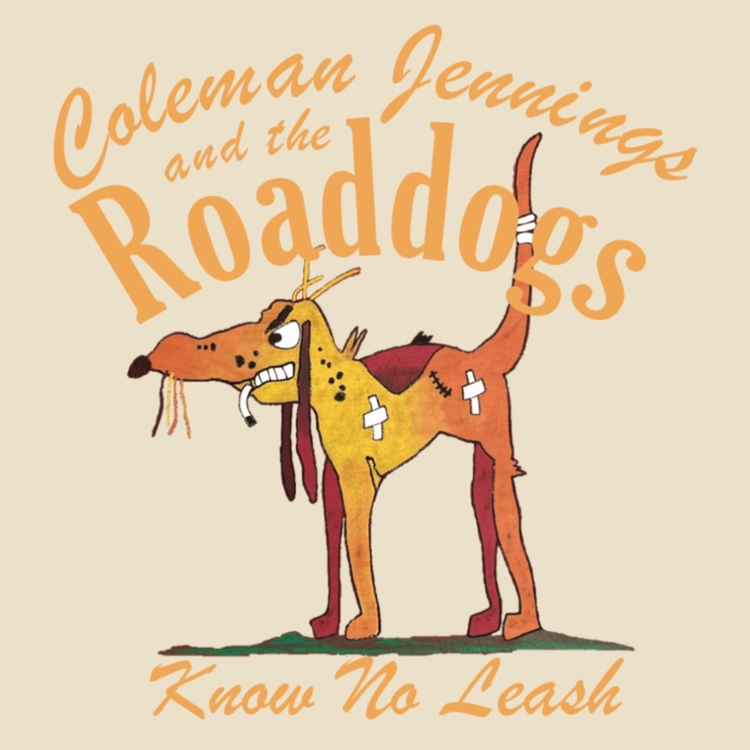 This four-piece outfit led by singer-songwriter Coleman Jennings has created some of the most shimmering, melancholic southern country-rock in years on this impressive debut of pure Americana. Presented through a blue haze like an absolutely beautiful summer, they effectively straddle the line between being a uniquely sounding outfit yet feeling as comfortable as an old friend from the first moment you hear them. Simply put, the Roaddogs show themselves to be masters of the country-rock tradition; they sound tight without sacrificing ferocity, and they wield a raw power that carries through to this recording. Coleman, barely in his twenties, is without doubt the guiding force of the band: bandleader, producer, songwriter (contributing all six of the superb original songs), and handling both lead vocals and lead guitar duties throughout. It’s not often a musician arrives with as fully developed a musical world as this youngster. His imaginative and metaphor-filled songs just have a natural kick to them and should inspire listeners and fellow songwriters alike. There’s a comfortable looseness to the musicianship, while these tunes may indeed be robust, you can’t help but be drawn in by the lightness and ease that permeates throughout. Suffice it to say, KNOW NO LEASH easily indicates that a favorable future for this band, is quite certain and secure.

Taken For A Ride is filled with inventive, funky bits of guitar stabs and a solid rhythm, while Coleman grittily croons and bounces his way through the vocal performance. With a soaring and full rock and roll sound and a catchy earworm chorus, the song is reminiscent of the everyman craftmanship of artists like Bruce Springsteen and Tom Petty. The following five songs take their cues from this opening track, showcasing beautiful, lyrical storytelling while shining a light on their vast musical abilities. Finely toned acoustic Travis-picking sets the scene for the evocative Head Spinnin’. The lyrics evoke the endless spans of time that come in the aftermath of an emotional event. This song’s instrumental bridge is worth the price of the album itself: Coleman’s hypnotic guitar solo ushers in Finn Dickens’ equally mesmerising piano. Sunshine is a feel-good number anchored in Coleman’s playful guitar melody and some excellent piano work courtesy of Dickens. The guitar phrasing nods to the Allmans’ Jessica bolstered by an impressively tight rhythm section and fast-fingered fret work under a blanket of sun-soaked vocals and good vibes. An unmistakable groove you can’t help but sway to, the one that makes you want to grab a loved one and dance barefoot in the dirt, is present all over this song.

The pensive Highwayman is tempered by Coleman's cooly commanding vocals. The demeanor of the track stands in stark contrast to the upbeat nature of its neighbours and it works perfectly in sequence. Dirtied with just the right amount of Southern twang blended with its hazy Willie Nelson daze, it

almost seems to be addressing the Regular Joe’s that keep America’s wheels turning. Harmonica opens up the direct, delicate and heartfelt Caroline. The tumbling chords and Coleman’s deeply wistful and exquisite vocal swims deep into a pool of reflection and regret, reminiscing longingly on the passing of time and the what might have-beens. Theirs is a sound that’s infectious, exuberant, and infused with pure melodic prowess.  I can’t predict where the band goes from here, but standing on the precipice of this release I can only imagine they’re going to completely tear down what it means to be a country band in 2023 and rebuild it in their own image.