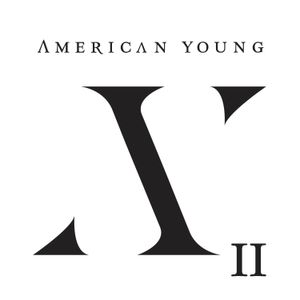 Five years is a long time to wait to release a second album, especially when your debut was so well received. American Young, comprising Kristy Osmunson and Jon Stone, did release an EP in 2019, which seems to be the way the music industry works these days, but for me I much prefer the more satisfying delight of a full album. It’s the difference between a novella and a cannot-put-down novel. The former leaves you unsatisfied, the latter results in feeling fulfilled. AYII is a richly textured record—a leap in the duo’s sonic evolution, no doubt—with dramatic and intense arrangements building nuanced panoramic landscapes. The pair’s sharp, snappy songcraft has also taken a confident step forward as they continue to impress and live up to their original promise. They rescue youthful simplicity and blend in a growing maturity with kindred, featherlight harmonies, nimble guitar arrangements, and spirited melodies. It’s the loving, craftsman-like work of the rare kind of an act with enough spirit to fill an arena, but with its heart planted firmly in passionate intimacy.

The soft post-break-up duet, Happy Again, is tender and positive pop-country, perfect for when you’re caught-up in your own feelings. It doesn’t hurt that Kristy and Jon’s voices absolutely melt into each other’s. With the wistful Gonna Be You, they individually articulate the way in which two people grow estranged, then with the last verse, the pair come back together with the realisation that they do indeed belong together. They aren’t afraid to belt out a hard-hitting verse, giving us tender, heartfelt anthems like The Soundtrack Of Your Life. It’s a joyful and bold anthem; it’s the sound of two people in love with each other, with the world around them, with their own potential. The Whiskey Don’t Work is punchy and adventurous, full of genuine grit with a big booming bass as a couple sit in a bar contemplating that maybe drinking alone won’t heal a broken heart.

Falling Star is disarmingly romantic. The atmosphere around them—lush acoustic guitar, lightly brushed percussion and the lulling violin—provides a soft place to land for two young lovers. Mandolin and fiddle set the tone for their revival of the old John Anderson number Seminole Wind. Other highlights are found in the darker guitar flourishes on Say It To Me Sober, the porch-sittin’ stomp-along Country Girls and the emotional Die Another Day, a powerful song about the failure to navigate relational ambivalence, an inability to reconcile desires for both independence and belonging.

American Young offers new listeners a stellar introduction to their sound, with

an uncommon combination of craft and charisma showcasing their ability to create sublime two-part vocal harmonies and catchy hooks with jabs of crunchy guitar, sweeping arrangements, and melodies that you don’t see coming.